The New England Journal of Medicine recently published a study that showed an increased risk of breast cancer in women who use hormonal birth control. While this isn’t new information, the type of birth control methods studied are relatively new.

Researchers have linked contraceptives with high doses of estrogen to an increased risk of cancer for years, but this new study looked at new, lower-dosed forms of birth control in hopes that they may not be as risky for women.

Hormonal birth control releases a combination of estrogen and progestin to prevent ovulation, and thereby prevent pregnancy. The birth control pill, the patch, the ring, the implant and the hormonal IUD were all part of the study.

The study showed that each of these hormonal birth controls resulted in a 20% increased risk of breast cancer. And, the longer a woman uses it, the more her risk is increased.

According to the American Cancer Society, if you have taken birth control pills in the recent past, you are more likely to develop breast cancer than women who have never used them. Low dose contraceptives were created in hopes that this risk would go away, but this new study shows that it has not, as all hormonal methods were tested and each resulted in a 20% increased risk.

But, studies also show that birth control methods that contain both estrogen and progesterone can lower a woman’s risk of endometrial cancer, ovarian cancer and colon cancer.

This can make it hard to know what is the best option for you – on one hand, hormonal contraceptives may increase your risk for certain cancers, but for other cancers, it may actually lower your risk. The most important thing for every woman is to discuss the benefits and risks of every option with a physician. Women should also know their family health histories, including diagnoses of cancer, to make the most educated decision. 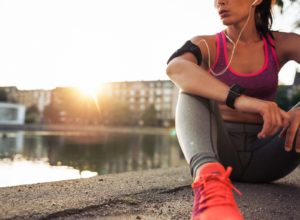 In the meantime, if you are concerned about an increased risk of cancer, there are some things you can do to lower your risk. The first is to stop using these methods of birth control – according to the American Cancer Society, the increased risk of breast cancer goes away after a woman has been off oral contraceptives (birth control pill) for 10 years or more. Women concerned about cervical cancer should get regular health screenings that include HPV screenings, as most cervical cancers are caused by a persistent infection associated with HPV.

Options for Women takes women’s health very seriously. We offer a free women’s wellness program for women over the age of 18, who are uninsured or without Medicaid, and who haven’t had a women’s wellness exam in the last year. For those who are eligible, a free voucher will be given for services such as a pap smear, lab testing, and breast exam. Call our office today at 863-393-6988 to schedule your appointment.